A special power of attorney is a legal document that sanctions a person, called an attorney in fact or an agent, to act on behalf of another person, referred to as the principal, under specific, plainly, clearly made factual circumstances.

Note: The power of attorney becomes void when the principal passes away. The deceased’s last Will or a Trust takes priority. 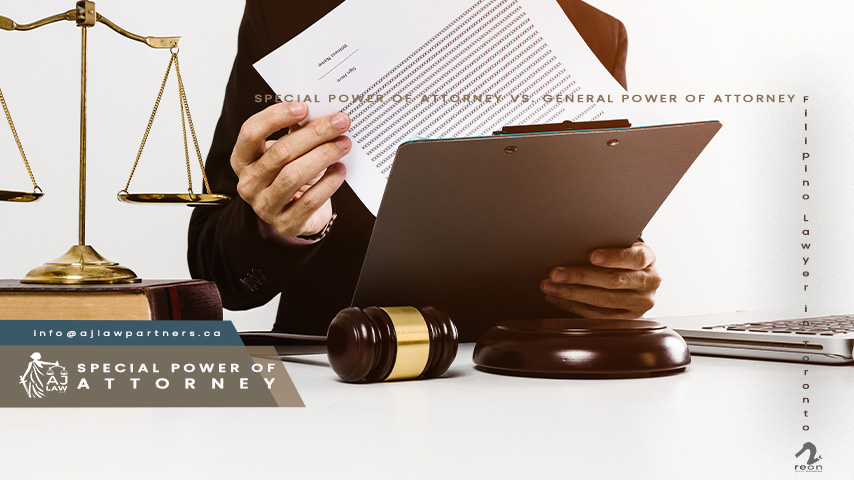 AJ Law LLP’s office is located in the same building as the Philippine Consulate General which makes it very convenient for our clients to find us and let us help them regarding this service. At AJ Law LLP, our Filipino lawyer can help you with the drafting of your SPA or GPA.

Get in touch with our Angeles & de Jesus Law LLP team at 160 Eglinton Avenue East, Suite 406, Toronto, ON or via phone at +1 (416) 409-5991 or email us at info@ajlawpartners.ca for your FREE INITIAL CONSULTATION. You can also visit our website https://www.ajlawpartners.ca/ for more information about the services we offer. We would be pleased to serve your legal needs.

Do not forget to check out our blogs at https://www.ajlawpartners.ca/ and follow our Facebook page @ajlawllp for more information. 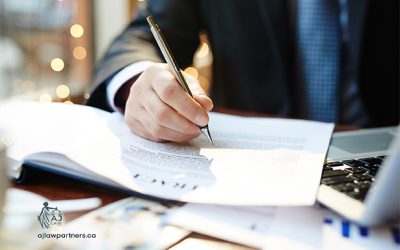 AJ Law LLP drafts Special Powers of Attorney (SPA) to suit your legal needs. A SPA is a legal document that appoints a specific representative.